Showing posts from April, 2018
Show all

Berlin to Copenhagen by bike. 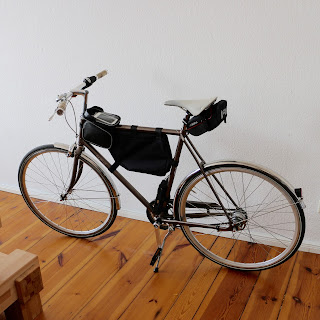 There's a bike path running from the north of Europe all the way to the south. Well, it's not completely finished yet, but it goes most of the way. It's part of the EuroVelo project, which aims to have a high quality cycling network made of 15 routes all around Europe completed by 2020.
One part that's done well is the Berlin to Copenhagen leg(I guess not so surprising since they are two cities that are really into supporting bikes). Scroll down on these photos someone took, if you want a look.
http://www.slowtravelberlin.com/in-photos-berlin-copenhagen-cycle-route/

Except, I'm going to do it at the end of April, not in winter like them. Which is usually the most dry time of year, and with a temperature that's not so hot or cold(usually). Fingers crossed it will be dry and warm. It will probably take 7 days if I can ride fast enough each day (about 100km). Eeek. And this part of the route (like many other parts) has a really nice website http://www.bike-berlin…
Post a Comment
Read more

- April 03, 2018
Drawing many things at once is faster than drawing things one thing at a time. So, today I made a function to do this with pygame.

It seems to take between 82%-85% of the time it takes to draw things one at a time. Which considering blit is often the bottleneck in many pygame apps is a pretty nice improvement. It will be landing in the pygame 1.9.4 release. 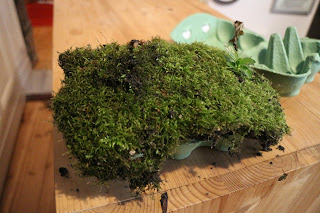 I've been looking to get more greenery into my studio, and I kind of like moss. It reminds me of when the times in my childhood running around rain forests barefoot.

Luckily, a good friend has a whole bunch of it growing out the back of her apartment. And it's likely to be destroyed soon by workers. Which made me not feel so bad about digging some up.

First I found some egg cartons to use as a base. Underneath the moss is a good few centimeters of dirt.

Unlike most of the wall moss I've seen around the place, this moss is alive. I was sort of horrified to learn that people buy dead preserved moss, and glue gun it into place. But this stuff is alive. Sometimes looking stuff up on Youtube kills the magic. Now I don't think wall moss is anywhere near as cool as I once thought it was. Thanks internet.


Next I found an old wooden box. I lined the bottom of this with some plastic I had about the place. Yuk, I know. However, it should hopefully stop any water leaks.